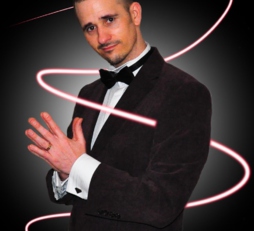 Check out my testimonials page!

I was born on Hayling Island which is situated near the historic city of Portsmouth on the south coast of England. Ive always had an interest in magic however until I saw a close up magician when I was in my mid twenties I was never really hooked. Magic was so much more impressive to me close up and not on television or a stage!

I soon became friends with a Local Magician who showed me some basic tricks and helped me get an audition to perform for membership into the Portsmouth District Magic Circle. Here I met other successful Magicians who over the years have inspired me and helped give me a level to aspire to.

I had my first paid Magic performance back in 2006 and have met and entertained some great people through the years that have passed since that day :)